For the foreseeable future, maybe forever, my eldest boy's autism is probably the deciding factor in how my life is. With a good dose of luck, a fair whack of cash, a missus who will not be beaten and a boy who is in there and wants to come out and is doing so, life is pretty good.

Day at the Royal Court of Justice against the Local Authority. Had to appeal against their decision that Tommy couldn't continue the therapy that had progressed him so much, in a state school, even if we pay for. The missus pulled together a crack team of experts and we handed them their arse. They had to let us do it, and they had pay for it. Gearing up for fight to maintain at annual review. (If anyone on Spotlight ever finds themselves dealing with this stuff, God forbid, get in touch. The systems set to deny you help, but you can make it)

Over 35 Veteran Football European Cup on The Algarve. 11 men got the plane, 11 heroes came back. Lost the final on penalties against a team with a 16 man squad, 2 physios and a non-playing manager. 5 games in scorching heat with the first game at 10am, after last beers at 6am....

August BH weekend away with the family at a good friend's new county pile. Wonderful to see how well he has done and I'm very proud of him. Great to spend time with other old friends and their beautiful kids too.

Glastonbury - never ever fails. I believe Brad Pitt still talks of meeting two (of the best

The Missus - I don't think anyone else could do what she has for my eldest. Or cope with my youngest and me as well.

The Buckley Brothers - from inauspicious beginnings, they now have a real bond.

New client - start on 2nd January, finishing here on 22nd December, meaning I will have no work while on family Xmas holiday in Tenerife. Result.

Pa Buckley spent much of the year pissing around with cancelled NHS appointments before finally going private and it taking 15 mins to get diagnosed with Parkinsons. Drugs prescribed killed the worst of the symptoms in a couple weeks, but we are at the start of journey.

The hardest bits of Tommy's autism. He went through a period of scratching his little brother's face and it's impossible to watch them close enough 24/7 to intervene in time every time. We seem to have trained it out of him, I hope. I don't think your average parent ever has to crap themselves taking a 2 year old nursery fearing someone's going to say you can't protect him from his big brother.

The fear. It's the hope that kills you. 2 years ago, Tommy's autism was described as 'profound and severe'. It was doubtful that the would ever live independently, hold down a job, form relationships with anyone but us. Today, he's in 'normal' school, joining in, if a bit behind. And every bit of progress makes you want more, hope more, dream of a complete or almost complete recovery.

Billy's fractured collarbone. Decided to leave his sleeping bag on when vaulting out of his cot and did himself a mischief. Remarkable how quick they heal though

Brexit - an act of self-sabotage we'll all regret

It has been a vintage year for me, I'm very lucky indeed. We managed to buy a lovely house down in Brighton, it took a couple of months to get some work done before we could move in but we are very happy indeed and really enjoying living away from the big smoke. You've got seaside and beautiful countryside on your doorstep, great bars, pubs, restaurants, record shops and everyone is that extra bit nicer as well!

My wife also fell pregnant early on in 2017 so we are now a three as she gave birth to a beautiful baby girl, Florence, at the end of October. Shes only 6 weeks old but feels like shes been around for ages and its incredible how much love there is between the 3 of us.

So yeah that's pretty much it two very big things. I haven't re-read back my post from last year but I think i pretty much knew a baby was on the cards and life has changed a lot but I'm loving it!

elmooreo said:
My wife also fell pregnant early on in 2017 so we are now a three as she gave birth to a beautiful baby girl, Florence, at the end of October. Shes only 6 weeks old but feels like shes been around for ages and its incredible how much love there is between the 3 of us.

Wahey! Congratulations to the three of you!

downers
- brexit, trump, terrorism on Ramblas, spain/catalonia - all so screwed up
- my expanding girth - too many patatas bravas / buñuelos de bacalao
- occasional homesickness when i fancy a pub pie, lamb, pasteurised milk or unbiased tv news
- stress of my work still not knowing where i actually live
- spanish red tape - how hard can it be to get an NIE
- fairweather friends
- dance culture - too many clueless gimps, opportunists, sheep, shit djs, producers, systems
- ibiza rave flu causing me to miss Weatherall in Sete
- social media - none of it is any fun anymore

Good year for me, a new job, well paid, which makes me staying more and more at home.
Still hallucinating about my lovely partner in crime since 24 years, Nathalie, an incredible woman, wife, sister, friend.
Ibiza:every second spent there was pure magic, we are now so closed to move there definitely (2018? 2019?)
Finally, me and Missus were super happy in 2017,and it's just the beginning... At our already advanced age, I feel like never before, strong and confident.
#thebestiscoming

+ got married! not just this alone, but pretty much the two months surrounding the event were outstanding and a period I think will remain as unique in my memory. stag do with 30 pals in a villa in ibiza, 48hrs of the best things ’friendship‘ encapsulate. wow. then ibiza closings in between (cocoon afters at km5 of course). then a beautiful private wedding over in palma, just with the family. and then the party in ibiza with 100 friends, in another villa (yeah the police came to extend their best wishes too). 5 crazy, legendary days I‘ll never forget.

+ honeymoon in vietnam and now hiking again. fantastic, but realistically speaking also very much needed after everything we‘ve been through

+ spotlight having a good season despite it having been a somewhat difficult summer. good to see hard work still pays off.

+ seeing more and more island people and companies realize we urgently need to change the way we treat ibiza from an environmental/ecologic point of view. even the consell has opened their eyes finally. now we need to educate the people coming on holidays.


- suffering seeing the current evolution of the island. mentally throwing up everytime I read ’luxury‘ when I know it‘s just tacky crap. ferraris and lamborghinis at cala bassa - get a grip (cala bassa generally tbh). real ibiza still exists of course, but there are also too many putting this (‘real ibiza’) on their branding when what they do or stand for has zero to do with ibiza.

- as mentioned by others, trump and everything he incites.

- spanish politics. don‘t think catalonian independency would be the solution, but the unyelding position of the central government is only making things worse.

My personal point of view ....

Highs
Work has been booming


Done bpm festival for the first time and was a great experience. Went to Benidorm for my mates 50th which was a great laugh.


Travelled solo to Ibiza for the closings 1st time doing it and lasted a few hours until closing time in amnesia, meeting good people on the way.

Also hearing a stunning set with tale of us and solomun at pacha (1st visit) will live long in the memory.

Booking Australia for January celebrating 5 years with the misses together

A very good year I might add, Dont get me wrong had petty squabbles along the way and got over them, but nothing as half as bad as the last two years.

Swings and roundabouts I spose

Old van died on me failing to top up oil

Fallings out and dissagreements with the other halfs family

Dissagreements with work but got through it.
Last edited: Dec 11, 2017

elmooreo said:
We managed to buy a lovely house down in Brighton, it took a couple of months to get some work done before we could move in but we are very happy indeed and really enjoying living away from the big smoke. You've got seaside and beautiful countryside on your doorstep, great bars, pubs, restaurants, record shops and everyone is that extra bit nicer as well!
Click to expand...

It's such a great place and I honestly can't think of anywhere else in the UK I'd rather live.

Clara said:
It's such a great place and I honestly can't think of anywhere else in the UK I'd rather live.
Click to expand...

Do you ever bump into Norman?

high: me being at defected opening party at Eden and not meeting captain pirate..
Low: same as above..

craig72 said:
high: me being at defected opening party at Eden and not meeting captain pirate..
Low: same as above..
Click to expand...

craig72 said:
high: me being at defected opening party at Eden and not meeting captain pirate..
Low: same as above..
Click to expand...

Full end of SWAG year to come from me soon (busy renovating my kitchen at the moment). 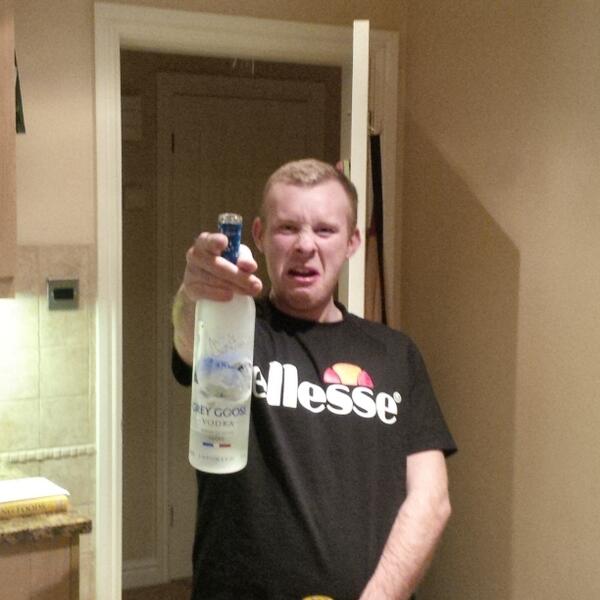 diver said:
Full end of SWAG year to come from me soon (busy renovating my kitchen at the moment).
Click to expand...

A SWAG themed kitchen! I look forward to the photos!

diver said:
Do you ever bump into Norman?
Click to expand...

No although Zoe cheered me on during the Brighton Marathon!

Not the best and pretty horrible in parts. Big changes to my family circumstances out of the blue, sort of.

Mine has been a fairly quiet one. Only major thing to happen was changing jobs after 10 years. Best decision I have ever made and wish I'd made the move 3 years ago when the opportunity first arose.

My year has been good, two promotions at work this year, which is great news.
Gf moved in with me - Taking us awhile to find our feet with each other, especially as I live in a shared house.