When I was a little lad, going into town with my mum to do Christmas shopping was always special and I knew it was getting near when she bought these two massive tomes to cover the festival & new year period of television viewing

I have continued to buy them every year and will continue to do so as part of my Christmas tradition even though I rarely read them, memories and all that

Am I spotlights lone buyer of these two fine magazines at Christmas?
J

Yep, even with Sky guide it's still good to get a heads up on what's on when over Christmas

When I get the mag I study it carefully for about 4 hours,I choose what I want to watch during the next week,so as to not waste any valuable time.

I estimate I watch maybe around 4 hours in a week.
G

yep, tv and radio times was very much a christmas tradition in our house and the only time we'd ever buy it.

A kid at my primary school, about 1982, quite a bright kid I might add, did a spoof publication of his own called the "Braidio Times." (His name was Michael Braide)

It was all in his own fair hand and he did all the artwork himself. One of the articles i remember was about a poor (no cash not unfortunate) kid who had an earwax issue. It was titled "Vance and the Eardirt Saga." Took him hours to do it.

Wonder what they are both doing now?

I am also a big fan of the real radio times at Christmas, although through the year I only really watch Homes Under the Hammer, Come Dine With Me and anything with Kirtsy and Phil in it. The rest is %a*k.
W

When I get the mag I study it carefully for about 4 hours,I choose what I want to watch during the next week,so as to not waste any valuable time.

I estimate I watch maybe around 4 hours in a week.
Click to expand...


4 hours of planning for 4 hours viewing?

Staff member
sounds about right. sorting the wheat from the chaff takes some time.

i believe that my favourite christmas film is on bbc1 on christmas day. trading places
W

stephen said:
sounds about right. sorting the wheat from the chaff takes some time.

i believe that my favourite christmas film is on bbc1 on christmas day. trading places
Click to expand...

Do you receive ch5?

You can see Patrick Stewart in his stripey pyjamas @ 19:00 on Christmas eve. We have to watch this film every year, Christmas is just not the same without watching this film

I never had it growing up, have only just recently started to buy it the last couple of years or so.

I like to circle what im going to watch

WeLuvIbiza said:
Do you receive ch5?
Click to expand...


loud and clear courtesy of two grands' worth of satellite dish measuring a mere 2.4 metres!!!! 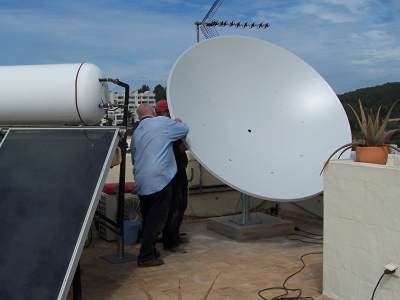 That dish is the stuff of most blokes dreams8)

Staff member
too right. you can actually see it from the flights coming in from madrid which now make a right turn just over it
O

it had a use in the 80s when there was no tv choice and all the best films were shown at xmas - but nowadays a bit anachronistic, no?
J


the xmas tv & radio times were a sign that xmas is nigh and as a kid I would sit in frony of the fire indoors and plot my xmas viewing!!