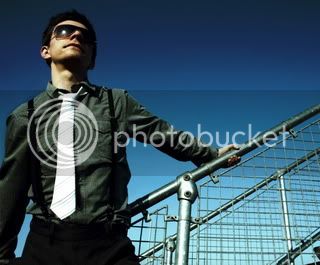 Unquestionably one of the most extraordinary talents around, Alex Parsons is one of London’s most exciting additions to the Underground House and Techno scene. Drawing inspiration from his experiences as a concert musician and a Masters degree in music, Alex cleverly mixes up a variety of styles ranging from Underground House through to Funk and Techno. Always at the cutting-edge of new music, his intelligently crafted sets are guaranteed to be as exciting and innovative, as they are seamless.

Alex started mixing in 2003 and was adopted by the Brique Rouge team of DJs alongside David Duriez, Audio Soul Project, Mike Monday, Hardﬂoor and Thug****er. Now being seen alongside many of the scenes high-ﬂyers, Alex is turning heads Worldwide, from his hometown of London, across Europe to Sydney, Australia.

As if that isn’t enough, Alex’s experience in the studio is second-to-none. A fully qualiﬁed sound engineer - head of the 16 Steps Production School, as well as a talented producer in his own right, his recent credits under both his own name and the Agent Toga guise (when joining minds with Australian DJ Trent Anthony) are constantly receiving praise from House and Techno legends Laurent Garnier, John Digweed, Satoshi Tomiie, Josh Wink, Tiga, Phonique and Ralph Lawson naming just a few. They include: as well as various soundtracks for national television, remixes for Universal, Brique Rouge, Wow, Fresh Meat and Aciitone, and a number of EPs released on Brique Rouge, Gourmet and Urbantorque with his collaboration with Tommy Four Seven, Chocolate Makes Your Clothes Shrink gaining Radio 1 airplay and being included on a number of compilations.

There is little doubt that 2010 is already looking good for Alex. Easily the most versatile, innovative and exciting DJ and producer around, he is without doubt the brightest rising star of the underground house scene.

This is a top top mix. Well done!
R