On September 12th 2009 the heavyweights Discover Records, MPFS and Prehab join forces to deliver a night to rival all that have come before it.

John Askew will take the reins and be leading the way in the main room alongside other leaders of the industry such as Activa and Ben Gold. The Discover label has consistently released chart topping hits that have received world-wide recognition and John Askew plays for the biggest names week in week out such as Gatecrasher, Godskitchen, Slinky, The Gallery as well as massive international gigs.

John has also found the time to release two phenomenal albums and is currently producing a third, had releases on every reputable label and also appeared on the legendary Radio 1’s essential mix.

He’s in good company with Activa who is currently cementing his place as one of the most successful producers on the scene today. Each release he brings out seems to be making waves among his peers and clubbers alike which led to one of the world’s most famous DJ’s, Paul Van Dyk, seeking his skills to remix the all time classic anthem “For an Angel”.

With others like Ben Gold, a producer that is being championed by Armin Van Buuren’s State of Trance radio show, Sly One and Jurrane who have been catapulting to success after being signed to Discover records and not forgetting David Murtagh who has been instrumental in Prehab’s success, this room is sure to be raising the rafters all night long!

Room Two, hosted by Prehab, is certainly going to try and give the big boys a run for their money though. Having grown from a small night to a brand that was being chased by the Galleryto host a room for regular nights, Prehab has proven itself when it comes to producing top quality events. Focussing on bringing the new shoots through and growing them into massive names they continue to keep their finger on the pulse win over the London masses. Rob Mooney, Dave Irvine and Gary Optimum lead the pack in delivering yet another smasher!

Cerebral will be gracing the dance floor of room three bringing their own unique flavour of breaks and dubstep to this already awesome night. Headlining and fresh from BLOC 2009 and Glade Festival is iTAL tEK, a DJ and producer that is carving a niche for himself with his own brand of dark atmospheric sounds.

Alongside him you’ll find a live PA from Phase 2 which is sure to blow your socks off as it does with crowds at The Cross, Ministry of Sound and The Gallery, a truly gargantuan display of cutting edge electronica.

Supported by the likes of MC Tayong, Oxynucid, Ursa, Hefty and Tate Simister this room is set to be pumping from start to finish! 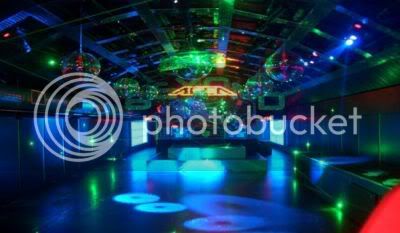 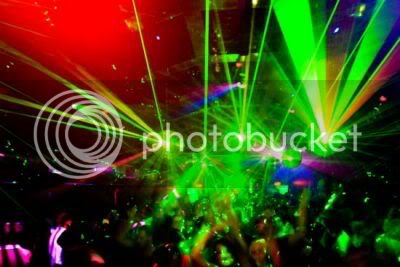 Join our new “Discover vs MPFS vs Prehab” facebook group for the chance to win tickets to the event + copy of Activa album “Live As” and hear about details of free exclusive Discover vs MPFS warm-up mix session mixed by Activa :-

Members of the group can bring their username to the event to be entered into a competition to win signed official Discover merchandise, Terratag “Wonder Future Life” T-Shirt (provided by terratag.com) in size of choice and tickets to the next event.

Download this recovery mix from Gary Optim -
Wind down or maybe to warm up to next weekend!