Status
Not open for further replies.

just a quick update with the latest on the epidemiologic situation here on ibiza. finally things start looking better (esp if you compare to previous posts from a few weeks ago)

overall on the balearics the situation has improved a lot. the only value that still gives headache is the ICU occupation level. and overall on a spanish national level, today we seem to be hitting the 70% of adult pop fully vaccinated mark. in spain the vaccination campaign is going really well and I believe we've got some of the highest vaccination rates of the entire EU?

so all numbers are pointing in the right direction and in difference to last year when the summer wave of infections cost us our tourist season, this year, the season is still going really well and from what I can tell we are looking at a very strong september and end of season ahead. as you've maybe seen, o beach have just announced they'll stay open until 17 october. maybe others will follow suit?

never giving up hope, maybe we will get a cheeky dance at some point this year still who knows?

epidemiological situation:
- 14d incidence per 100k pop is now at 686 for ibiza. 7d test positivity rate is at 11%.
- hospital situation gets better (47 currently), but ICU still a little high (12).
- vaccination is at 78% of balearic adult pop first shot and 72% fully jabbed. in full population numbers this translates to 60% of ibiza folk with the full job done.

as said in previous posts, it's all getting better but it takes time.

ibiza season news:
- the government has just confirmed the currently valid rules will be kept up. they will be reviewing this weekly, but numbers need to get much better before any big changes will be made.
- as posted elsewhere yesterday, various airlines will continue their direct flights between ibiza and european cities for longer than usual, in some cases until mid november. https://www.periodicodeibiza.es/pit...an-vuelos-ibiza-hasta-mediados-noviembre.html late season trip anyone?!

epidemiological situation:
the good vaccine uptake on the balearics (in spain generally to be honest) and the fact quite a lot of people caught covid here very recently (mainly in the past two to three months and almost all of them because of indoor gatherings somewhere) and thus help the immunity rate give hope that we are looking ahead to a 'quieter' period to finish this summer season with.

will all the patient folk be rewarded by the local government with a legally approved outdoor dance at the end of the season? we'll have to see. it'll still take time (as in: weeks) and it'll obviously only be an option if numbers keep improving. fingers crossed...

epidemiological situation:
resuming, the situation keeps improving at a steady pace. all numbers are moving in the right direction. over on the other balearic islands (basically all islands minus ibiza), from today onwards, places may stay open until 2am now. ibiza still has the worst numbers out of all the islands (incidence and ICU occupation) and that's why we still have the 1am close and no reunions rule. but, hopefully in a week or latest two, we also get the go ahead for an extra hour at night. I'm positive we'll get there.

with the two peak season months gone, if I had to make a verdict of the summer so far, then I would have to say, that even though dancing was sadly banned (and still is), the season in general has gone a lot better than many people expected. general tourism has been working well - and that had always been the local government's goal for this summer. and while on other islands in the mediterranean sea things are coming to an end already, here on ibiza we are looking ahead at at least another full month of events in places like ushuaïa, cova santa, pikes, bora bora etc. I am saying at least because I know that, depending on how things go in the coming few weeks, some venues might extend their events into october. normal tourism will continue until end of october at least anyway (there are still plans to try and extend until later), so we really still have two full months of tourism ahead of us.

will we get that cheeky end of season dance? now where is my 🔮 ??

as usual, if anything important changes, here's where you'll read it first.

and another update before the weekend

epidemiologic situation
so the situation keeps improving and the tension of the health care system is easing. when will the balearic government let us dance? well, in a first step, all going well, next week we should get the OK to have places open until 2am. that's a first step.

as usual, more news as we get it.

here are some good news to start the week with

update before the weekend, things are looking better & better...

the week starts with good news

resuming...the situation has improved massively in the last few weeks. the last restrictions on reunions/meetings are being lifted this week. also this week the government and the nightlife association is meeting again. so hopefully in a week or so we'll know whether we'll have that end of the season dance or whether we'll have to wait until next year.

on the subject, this is all that's transpired so far - the news is there is no news just yet.


more whenever there is more to report.

one last update this week

I might be a little enthusiastic right now, but maybe we'll have to organize a forum meetup very late in the season this year fingers crossed.

no news on nightlife yet, so here's just a quick update on numbers 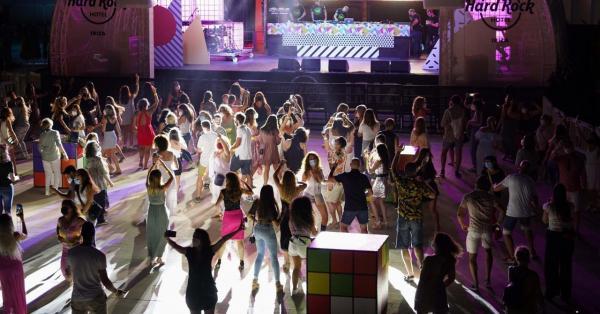 according to this newspiece, next monday might be d-day. the nightlife association apparently expects to be given green lights to reopen the clubs at that meeting with the balearic government.

just to point out: while a few venues have stated they want to reopen ASAP, it will all depend on the conditions and details given by the government.

so at the start of next week we should once again know more.

hope dies last, maybe we do get that end of the season dance after all?

today is a big day in terms of news, here's a first roundup

CLUB NEWS:
so as a quick resume, the court first has to say yes to this. and if that happens, then the clubs can start announcing things. and even if it's not a 'no restrictions' situation just yet, I can assure you talks are being held right now between various promoters and clubs and things might move VERY quickly.

same here, it's not a total lift of restrictions just yet, but we're getting far closer to normality now.

there will be lots of news in the next few days so I'll just keep on doing what I've been doing for the last 18 months for you guys, updating this thread whenever there's any news. but I have a feeling our party calendar might indeed get a few late season additions and I am certain we'll get a few cheeky LEGAL dance sessions before winter comes.

the local supreme court has just accepted the balearic government's request that clubs may require the covid passport of clients as a base to enter the venue.

so, from 8 october night clubs on the balearics may finally open again with the above already explained rules. the aforementioned covid passport entails either being fully vaccinated, having recovered from covid (proof of antibodies) or a recent negative test. I'm sure we'll hear more about the details in the next days. 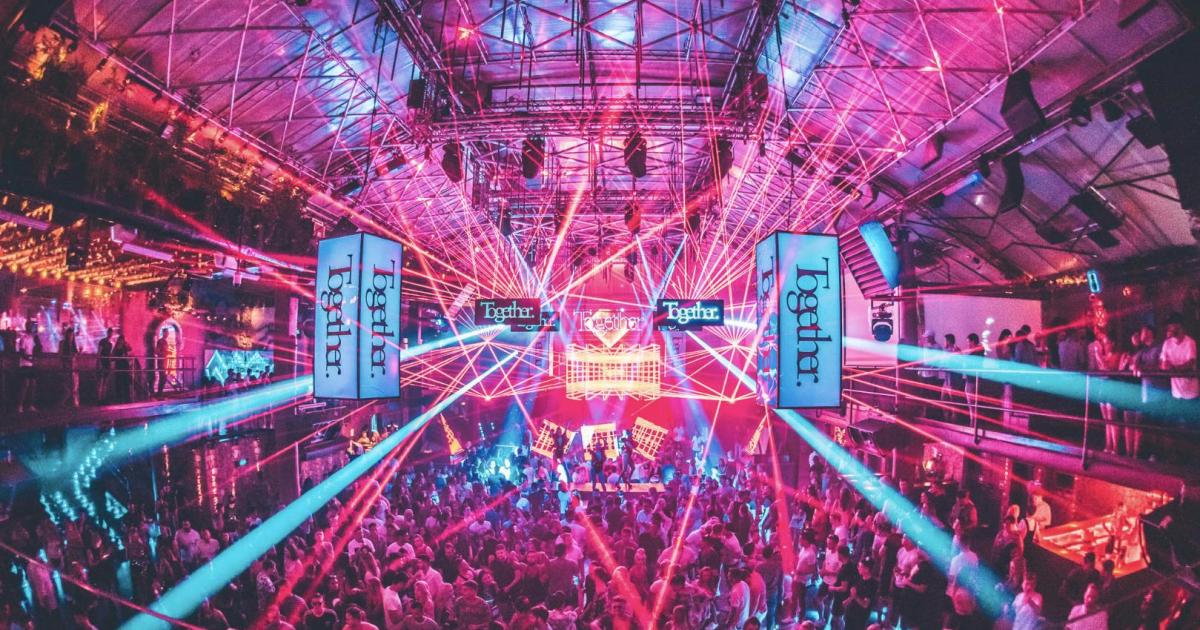 if you are debating doing a late season weekend, wait a few days and look at coming over thu or fri to tuesday would be my recommendation.

today's the day the dancing ban finally gets lifted on the balearics - after one and a half years and basically two entire ibiza seasons. I've said it before, it's too late in the year now for it to make a big difference, but for both island locals as well as the island's clubbing industry it's a massive relief that we're finally allowed to start things up again.

just last night octan, eden and swag have announced a few october parties which add to the already announced events at dc10 and amnesia. so from this weekend onwards, and probably up to halloween (nothing announced for halloween yet though), we'll have a bit of end of season weekend clubbing here on ibiza. the weather's absolutely gorgeous right now, 25 degrees during the day and nicely cool at night. perfect to hit the beaches during the day and go dancing when it gets dark 😎

the balearics' covid situation is very stable, the archipelago's 14d incidence per 100k pop is down at 70, test positivity rate is at 2.3% and over 80% of the adult population is fully vaxxed now which translates to almost 70% of the entire balearic pop vaccinated.

I'll keep on updating this thread every now and then if anything important comes up, but I do hope that less and less posts will be necessary as we get into winter and especially ahead for 2022.

I was hoping I wouldn't have to touch this thread anymore before the new year (or at all tbh), but I'm afraid there will be some changes it seems and as usual, we want you to know first.

dynamic situation - we shall update again when we know more, but I thought I'd post just in case anyone on here comes down for xmas/nye.

update to what I wrote yesterday: 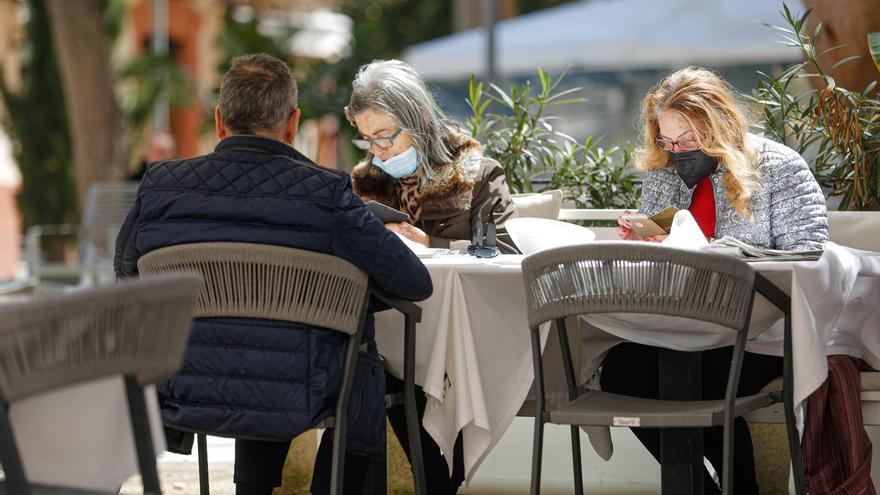 it seems the balearic government also finally wants to learn to live with the virus rather than closing down everything. while we have a high number of daily new infections on all islands right now, hospital and ICU occupation (and deaths) are nowhere as high as in past waves and I guess that is the main reason the authorities don't start shutting down stuff again.

one last update in the old year
the numbers will most likely go up even more still, seeing as we're still in the middle of the festive season with nye/nyd as well as reyes (3 kings day, 6 jan, very important holiday in spain) still to come. probably we'll only peak some time middle to end of jan and it's likely that by then the hospital/ICU situation gets worse. but for now, the balearic government stays on the path they've taken: no further closures.

the current rules/restrictions are these
the planned NYE/NYD parties here on ibiza are still ON. keep in mind you have to wear a mask. after catching two venues in mallorca that weren't following the rules (or let's say it like this: they didn't insist the customers followed the rules), the government says they'll be extra vigilant and that they might shut down nightlife again if rules aren't being followed for nye/nyd. so if you do attend one of the parties, be aware the venues might insist more on wearing the masks... 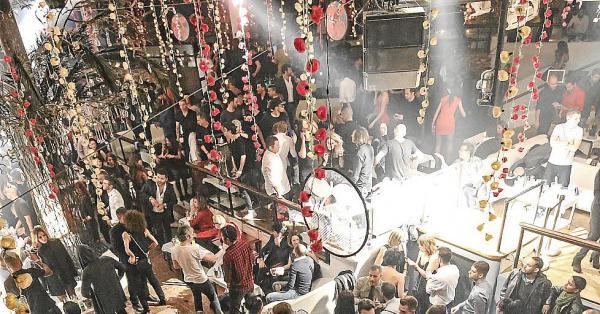 all the best for 2022 from team spotlight, we hope we'll see you all on the island this coming year!

Status
Not open for further replies.