Agent:
Noun - A person who provides a particular service, typically liaising between two other parties.

Toga:
Noun – A loose flowing outer garment worn by the citizens of ancient Rome, made of a single piece of cloth
and covering the whole body apart from the right arm. 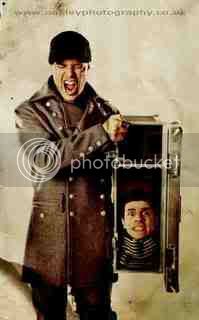 No, there's not a chance you can make sense out of the name but when UK producer Alex Parsons met one of Australia's most prolific DJs; Trent Anthony in 2005, their brains fused and 'Agent Toga' was created.

Their music was described as "something for the minimal ****ers as well as the deep house sleepers", by David Duriez who played their first track ‘16 Steps' in every set before signing it to his phenomenal 'Brique Rouge' imprint. The EP, which Alex remixed in two parts received 5-star reviews and gained support from Tiga, Mylo, Yousef, Claude Vonstroke, Demi and Mazinaming just a few!

Shortly after, they followed this with Waterhouse, which shot to the top of Digweed and Cattaneo's charts, gained worldwide radio play (including BBC) and received heavy support from the most respected names in the business. Satoshi Tomiie loved it so much he even gave it
one of his most forward-thinking remixes ever!

Following the huge success in their own productions and remixes, 2008 has seen the launch of Agent Toga's DJ career. With sets already storming the T Bar in London and both DJs playing across Europe
regularly this can only be the start of something big.

With so much covered in such a short time and with plenty of new material ready to go, it is obvious that the World is ready for one big Toga Party! 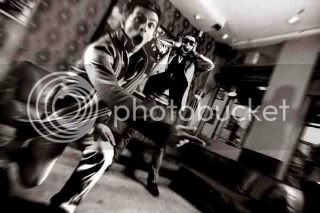